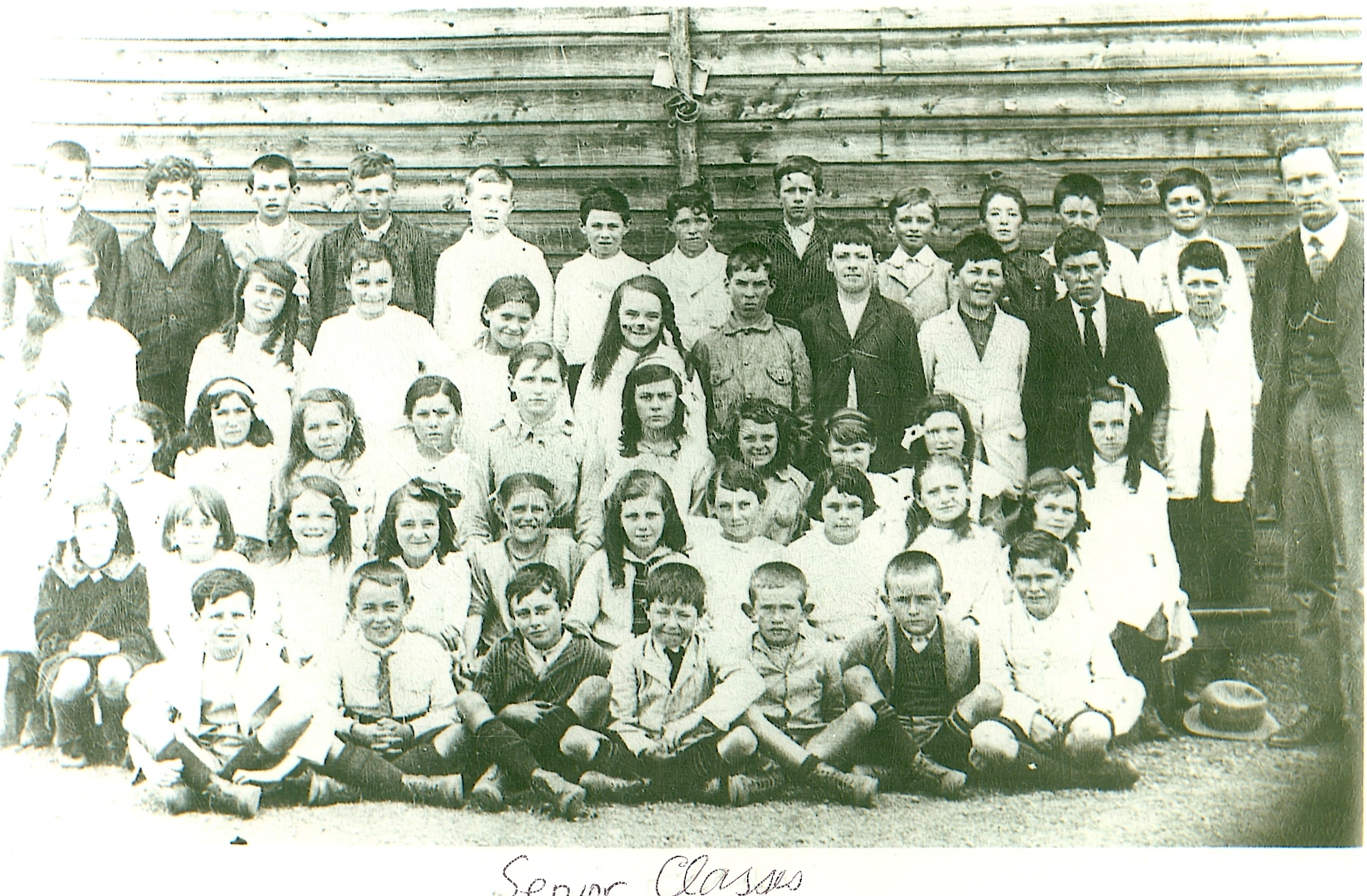 On January 6th 1908, formal application was made for the establishment of a provisional school at Tottenham to cater for eight girls and fourteen boys. Approval was made and on October 5th that year the school came into operation.

Mr. Cecil Latham was the first teacher of a total of seventeen pupils, working in a wooden building measuring 7m by 6m which had been completed by a Mr. Flanagan in September.

Upon further recommendation from Mr. Inspector Dennis, the school became a public school on January 1st 1909. The salary of a teacher was 110 pound per year.

By 1914 the teacher Mr. John Bailes had estimated that the building in which all lessons were taught was too small and made an unsuccessful application for an extension plus a residence. The Inspector, Mr. Black, thought the town had "still not assumed a permanent nature" and therefore turned down the application.

An outbreak of diphtheria in April, 1915 decimated attendance, only 33 children out of 66 turned up. By this time several families had established farms on the previously mined lease holdings. Days at school were far from comfortable, but help was at hand, for in 1916 the Department approved a permanent site consisting of "5 acres, 1 rood and nineteen perches" in April.

Mr. Alex Reynell completed the school comprising "three class rooms", each 22 feet by 21 feet, two hat rooms and a verandah, the residence contained four rooms plus kitchen, pantry, bathroom and washhouse. The complex was completed in 1917 for 1,723 pound.

In 1935 the Headmaster applied for an additional teacher to be appointed, there being 84 pupils taught by the two teachers. His request, however, was turned down.

An interesting anecdote occurred in 1935 when Miss Valda Meeth, the assistant teacher, applied to the Department requesting that the senior children be allowed to visit Cunningham's grave to mark the centenary of the great explorers death. Surprisingly the request was turned down. The school apparently was not allowed to participate in any organised activity during 25th and 26th April due to Anzac Day services.

Constant requests for a third teacher fell on deaf ears until 1949 when approval was finally given. Enrolments at this stage were 98. By the time the second classroom block was erected in 1960, enrolments had risen to 167. 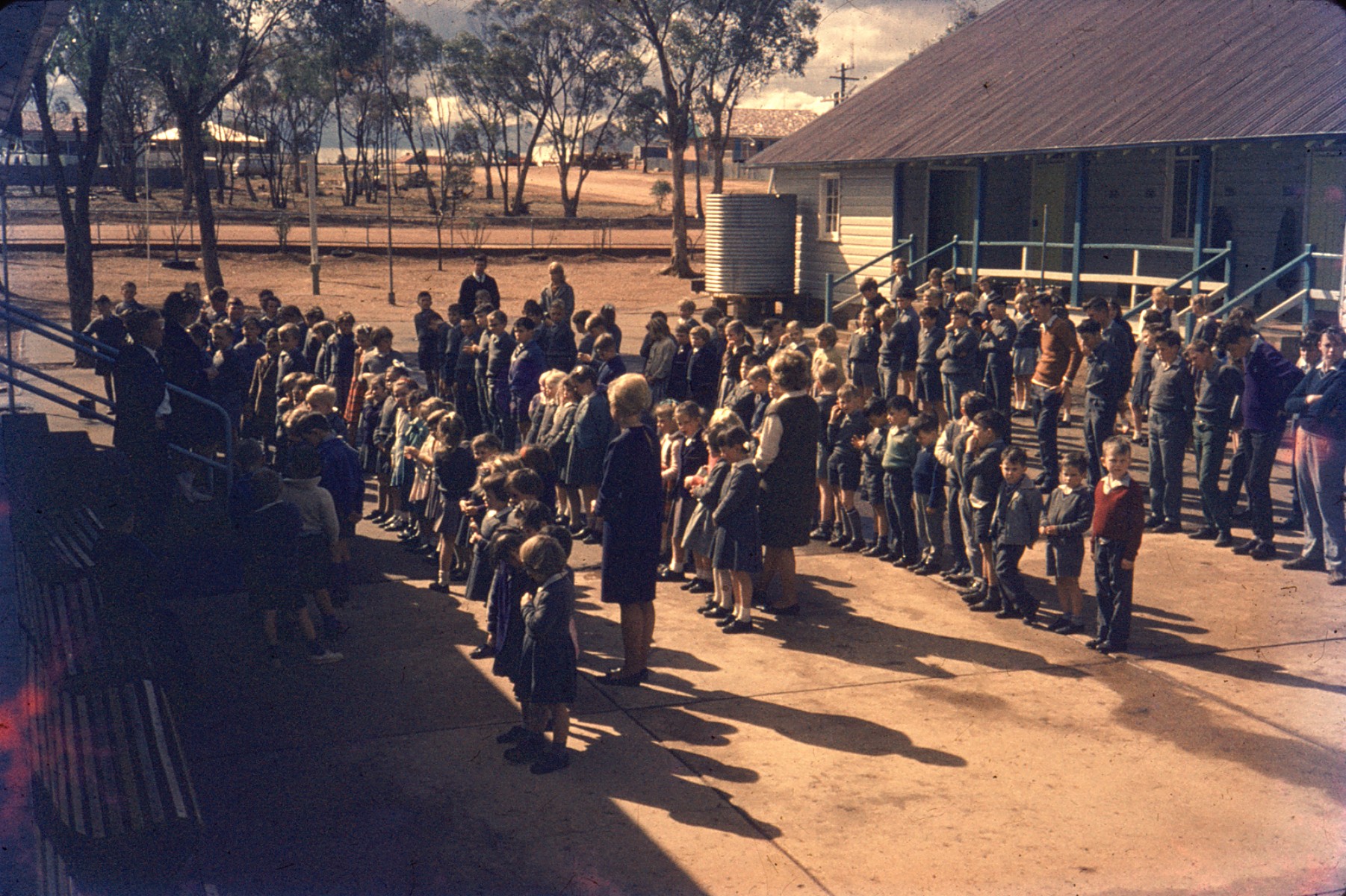 Since 1990, Years 11 and 12 have been available to pupils via the "ACCESS Program" which is a highly sophisticated method of linking Peak Hill, Trundle, Tullamore, Yeoval, Trangie and Tottenham Central Schools with the purpose of offering a very wide subject choice and an extensive pool of teaching expertise for the HSC.

The first Year 12 pupils successfully completed the HSC via this method in 1991 and it continues to give isolated parents a real choice for their children to continue with a quality education while remaining with their family.

A new TAS building was completed in 1994 and a new Library Resource Centre in March, 1995. The permanent buildings have remained the same since. Additional paving, demountable rooms, gardens and sheds have variously appeared and disappeared through the years. The agriculture plot was transformed into a garden and orchard in 1992 with the school's 5000m3 dam being filled for the first time in the floods during February that year.

Return to top of page

We would like to pay our respects and acknowledge the traditional custodians of the Wiradjuri Lands and also pay respect to Elders both past and present.

Copyright for this website is owned by the State of New South Wales through the Department of Education. For more information go to http://www.dec.nsw.gov.au/footer/copyright.